Hypnotherapy is a method of therapy that involves deeply relaxing the body and tapping into the subconscious mind with the power of hypnosis.

Endorsed by both the American and British Medical Associations, hypnotherapy has a wide variety of applications and a multitude of potential benefits. Regular hypnotherapy sessions can transform your life in a number of ways.

Here are five of the biggest ways that hypnotherapy can be truly life-changing:

All of us have one or two bad habits that we would like to be free of, but actually overcoming them can be hard. Hypnotherapy can help by addressing the underlying subconscious messages that cause you to repeat unwanted behaviours. With hypnosis, your internal urges to continue with a bad habit can be replaced with positive messages that give you the mental strength and willpower to make a change for the better. Hypnotherapy can be used to address a wide variety of habits like overspending, drinking too much alcohol, smoking and overeating. It can also put an end to procrastinating behaviours that undermine your performance at work and your ability to accomplish tasks in your personal life.

2. Hypnotherapy Can Improve Your Mental and Physical Health.

Because hypnotherapy has the ability to change ways of thinking, it is often used as an alternative intervention for mental health concerns (although a doctor should always be consulted first before beginning any complimentary therapy). Hypnosis can eliminate the irrational fears that cause a variety of phobias from a fear of heights to a fear of driving to a fear of public speaking. The relaxation benefits of hypnosis can be highly beneficial for people with anxiety disorders, and hypnotherapy can even improve mood to ease feelings of depression. Experts also recommend hypnosis as a complementary intervention for obsessive compulsive disorder.

Science has established that there is a powerful connection between the body and mind, and hypnotherapy can allow you to capitalize on this bond to address the symptoms of a number of medical concerns. Hypnosis has been shown to be a highly beneficial alternative pain management intervention for back pain, headaches and other types of chronic pain, and its stress relief benefits can reduce symptoms of irritable bowel syndrome and other medical conditions.

Hypnotherapy can also help you give up bad habits or adopt new habits that will help you to lead a healthier life. Hypnosis can assist with weight loss, help you to improve your diet and give you the encouragement that you need to work out on a regular basis. You can also use hypnotherapy to improve sleep and combat insomnia.

3. Hypnotherapy Can Improve The Way You Think.

Our minds can be our worst enemies, as negative ways of thinking can be a detriment to everything that we do. Because hypnotherapy has the power to act on the subconscious mind, it can change the way you think for the better. Hypnosis is an effective way to increase self-esteem, boost self-confidence, increase your belief in yourself and reduce feelings of worry. You can also use hypnosis to become more assertive and creative or to improve your ability to remember and concentrate.

4. Hypnotherapy Can Help You Achieve Your Goals.

Everyone has goals that they want to achieve, but often our minds interfere with our ability to succeed. Hypnotherapy can ensure that you have the proper mindset to make your dreams a reality. For students, hypnosis can improve study habits and improve performance on exams. Professionals can use hypnosis to increase their leadership abilities, improve their productivity and make themselves more receptive to opportunities to make money or advance their careers. Athletes can improve their performance in training and competition by strengthening their minds with hypnosis, and hypnotherapy can also increase motivation and energy levels during workouts.

5. Hypnotherapy Can Improve Your Relationships.

Self-improvement with hypnotherapy can help you to mend troubled and strained relationships. Hypnosis is an effective way to overcome personality traits and behaviours that interfere with your ability to connect with others and that cause conflict with friends, family and romantic partners. Through hypnotherapy, you can overcome anger issues, jealousy and shyness and even recover from the pain of past relationships that makes it hard for you to trust and open up to a partner. Those who are looking for love can use hypnosis to make themselves more attractive to prospective partners, and for those in relationships, hypnosis is a proven way to improve sexual performance and address sexual problems like a lack of libido, impotency and premature ejaculation.

I have a Free collection of hypnosis MP3  downloads that allow you to incorporate hypnotherapy Binaural Beats and Affirmations into your daily life with ease.

Hypnotherapy can truly change your life for the better, and benefiting from hypnosis can be easier than you think. Take note of the Seven Chakras Energy Centers and the effect they have on your body.

Your Chakras are the energy centers of the body. They are located in the astral body along the spine, starting at the base of the spine and running upwards to the crown of the head.

The Chakras coincide with a gland in the physical body and each radiate a specific color and energy. Since each chakra relates to specific spiritual, emotional, psychological and physical aspects of our being, it is said that the blockage or malfunction of the chakras can lead to physical, psychological and emotional disorders.

Muladhara Chakra is located at the base of the spine between the anus and the genitals. It radiates the color red and represents the element earth.

It is characterized by the emotions of survival, stability, ambition and self sufficiency. When this chakra is out of balance, a person might feel unstable, ungrounded, lack of ambition, lack of purpose, fearful, insecure and frustrated. However when Muladhara Chakra is balanced a person might feel stable, confident, balanced, energetic, independent and strong.

The second chakra, Swadishthana Chakra, is located at the lower abdomen, about four fingers below the navel. It radiates the color orange and represents the element water.

The attributes of Sacral Chakra are the basic needs for sexuality, desires, creativity and self-worth. When imbalanced, a person might feel emotionally explosive and irritable, lacking of energy and creativity, manipulative or obsessed with sexual thoughts. When Swadhishthana Chakra is balanced, a person might feel positive, vital, satisfied, compassionate, and intuitive.

Manipura Chakra or Solar Plexus Chakra is located above the navel at the solar plexus (between the navel and the bottom of the rib cage). It represents the element fire and thus radiates yellow color.

This chakra is characterized by energy and emotions like ego, anger and aggression. An imbalance of Manipura Chakra can manifest itself physically by digestive problems, liver problems or diabetes. On an emotional level one might struggle with depression, lack of self-esteem, anger and perfectionism. By bringing the chakra into balance one might feel energetic, confident, productive and focussed.

Anahata Chakra, Heart Chakra, as the name implies, is located at the heart region. Its color is green and the element is air.

This fourth Chakra is the seat of balance within the body, characterized by emotions of love, attachment, compassion, trust and passion. When Anahata Chakra is out of balance a person might deal with emotional issues like anger, lack of trust, anxiety, jealousy, fear and moodiness. By harmonizing this chakra, you might feel compassionate, optimistic, friendly, motivated, understanding and caring.

Heart Chakra can be balanced by practicing poses like Half Bridge Pose (Ardha Setubandhasana), and Fish Pose (Matsyasana).

The fifth Chakra, Throat Chakra, is located at the base of the throat, coinciding with the thyroid gland. Its color is bright blue and the element is space.

Vishuddha Chakra represents inspiration, expression, faith and the ability of communication. Imbalance of the Throat Chakra may lead to timidity, quietness, a feeling of weakness or the inability to express your thoughts. Balance of the Throat Chakra can manifest itself by creativity, positive self expression, constructive communication and satisfaction.

Throat Chakra is stimulated in poses like Shoulderstand (Sarvangasana) and Plough Pose (Halasana).

Ajna Chakra (pronounced as ‘Agya Chakra’) is located in between the eyebrows. It is free of element but does have a color: indigo blue.

Third Eye Chakra is often used as a focus point during asana practice to bring more concentration and awareness. It is said that meditation on Ajna Chakra destroys the karma of past lives and gives liberation and intuitional knowledge. Its attributes are intelligence, intuition, understanding, insight and self knowledge. When this chakra is out of balance, one might feel non-assertive, afraid of success, or on the contrary, be egoistical. Imbalance of Ajna Chakra can manifest itself on a physical level by headaches, blurry vision and eye strain. When Ajna Chakra is balanced, one is his own master without fear of death and free of attachment to material things.

The seventh Chakra, Sahastrara Chakra, is located at the crown of the head. Also this chakra doesn’t represent an element. It is violet and/or white in color.

Sahastrara Chakra is the center of spirituality, enlightenment, dynamic thought and energy. It allows for the inward flow of wisdom and brings the gift of cosmic consciousness. When out of balance, one might suffer from a constant sense of frustration, no spark of joy and destructive feelings.

Balancing Sahasrara Chakra can be done by practicing Headstand (Shirshasana).

The conscious awareness and the balancing of these energy centers on the other hand is believed to lead to well-being and good health. That is one of the purposes of asana practice: to stimulate and balance the chakras or energies in the body. 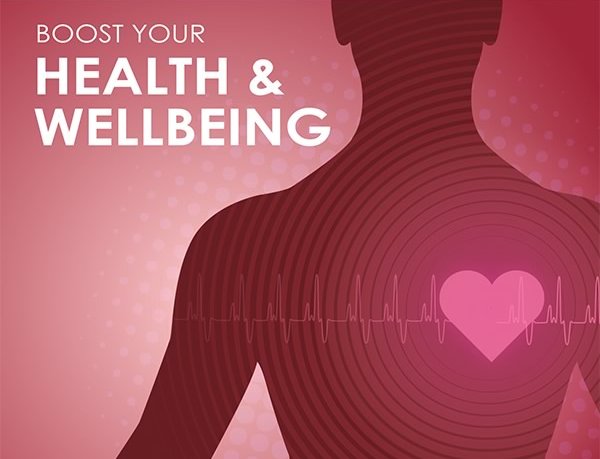