Understanding what motivates us will surprise you

Motivation is the force that initiates, guides, and maintains our goal-oriented behaviours.

Motivation is the word derived from the word ‘motive’ which means needs, desires, wants or drives within the individuals. It is the process of stimulating people to actions to accomplish the goals. In the work goal context the psychological factors stimulating the people’s behaviour can be – desire for money and  success.

It’s what prompts us to take action; whether it’s to climb a mountain, enrol in university, or save for our retirement. Understanding what motivates us to make the choices we make, big and small, day in, day out, can provide important insight, and significantly improve our chances of a happy, satisfying, and successful life.

Researchers have developed a number of theories to explain how motivation works, and three of the earliest and probably best known are Maslow’s Hierarchy of Needs, Herzberg’s Motivation/Hygiene theory, and Victor Vroom’s Expectancy theory. They represent the foundation from which contemporary motivation theories have developed, and many people still use them. So let’s take a look at each one:

Maslow starts with the idea that people always want something, and what they want depends on what they already have. Then, as one ‘want’ is fulfilled, its strength diminishes and the strength of the next ‘want’ increases.

Motivators, or satisfiers, are those factors that cause feelings of satisfaction at work. These factors motivate employees by changing the nature of the work so that they can develop their talents and fulfil their potential, for example, by giving them added responsibilities or providing learning opportunities. These motivating factors don’t cause dissatisfaction if they’re not present, but long-term satisfaction levels will increase if they are.

Hygiene factors, or dissatisfiers, are those things that all employees expect to receive such as fair treatment, equal pay, and a clean and safe working environment. Maintaining hygiene factors at an adequate level will prevent employee dissatisfaction, and improving them will increase satisfaction levels in the short-term. However, if hygiene factors are compromised, dissatisfaction is likely to occur, and motivation can’t take place.

The concept of expectancy also focuses on motivation in the workplace. According to Vroom, employees are motivated to perform only when the following three conditions are fulfilled:

Offering the employees something they believe will be satisfying is necessary, but is not enough. They also have to believe that it’s possible to achieve what they want, and that the effort will be worth it. However, if they think their performance will stay the same no matter how much effort they make, their expectancy will be low, and the first condition won’t be met.

The third condition of the Expectancy Theory relates to the outcome or ‘valence’, which is anything that might potentially result from the performance. This condition will be fulfilled if the employee receives the pay rise on offer. However, negative valences such as stress or loss of leisure time may outweigh the benefit of the pay rise for some employees, in which case the third and final condition for motivation won’t have been achieved.

This theory explains why we react in different ways to a given experience, suggesting that different emotional responses arise from differences in the perceived cause of the initial outcome. These attributions are often subconscious, and strongly influence future activities. For example, success or failure in mastering a new skill such as playing the piano could be attributed to personal effort, innate ability, luck, or other people, such as the teacher. In this scenario, failure attributed to a lack of ability might discourage future effort, whereas failure attributed to poor teaching might suggest the need to try again with a different teacher.

A person with an ‘entity’ mind-set believes that being clever or good at sport is a stable, innate characteristic, and something that will not change, no matter how hard they try. So those who lack confidence may give up and adopt defensive or self‐sabotaging behaviours, because it’s psychologically safer for them to blame failure on a lack of effort (‘I wasn’t really trying’), than on a lack of intelligence or ability.

By contrast, those with an ‘incremental’ mind-set, who believe that intelligence and ability can increase or improve by studying and practicing, thrive on challenge because they have an implicit ‘no pain, no gain’ belief. Even learners with low confidence in their current ability will choose challenging tasks if they have an incremental mind-set. Easy tasks hold little or no value, and failure is a cue for them to change strategy and try harder next time.

This theory assumes three main motivation types: ‘intrinsic’, ‘amotivation’, and ‘extrinsic’. Intrinsic motivation is entirely internal, and is derived from personal interest, curiosity, or enjoyment of the task. At the other extreme, amotivation results in inaction, or action without any real intent. In the middle is extrinsic motivation, which is generated by external rewards or punishments such as a promotion at work, or the threat of prison for breaking the law.

Our most creative and productive achievements typically occur when we’re motivated by an intrinsic interest in the task. Unfortunately, although as young children we tend to act from intrinsic motivation, as we progress through the teenage years and into adulthood, we face an increasing number of external (extrinsic) influences that we are expected to deal with. These influences, coming in the form of career goals, societal values, rewards, deadlines and penalties, are not necessarily bad, but they ultimately undermine our intrinsic motivation.

However, according to the Self-Determination Theory, if those extrinsic values and goals become personally important to us, they will be internalized and will foster intrinsic motivation if they fulfill three basic psychosocial needs:

This theory contends that we don’t thoughtlessly respond to rewards and punishments, but that perception and reasoning governs how we regulate our behaviour in pursuit of our personal goals. Whether or not we choose to pursue our goals depends, in no small measure, on our beliefs about our own capabilities (self-efficacy). Unless we believe we can produce the outcomes we want, there is little incentive to act, which is why positive past experiences, as well as self‐efficacy, are required for optimal motivation. Generally speaking success, enthusiasm, and positive emotions reinforce one’s self‐efficacy, whereas failure and negative emotions diminish it.

So, did you recognize your own attitudes and behaviours in any of the theories above? As they are just seven of the many theories that exist, it’s clearly not possible to capture the complexity of human motivation with just one simple explanation.

Understanding what motivates us to make the choices we make, big and small, day in, day out, can provide important insight, and significantly improve our chances of a happy, satisfying, and successful life.

Give your immune system a boost with hypnosis! 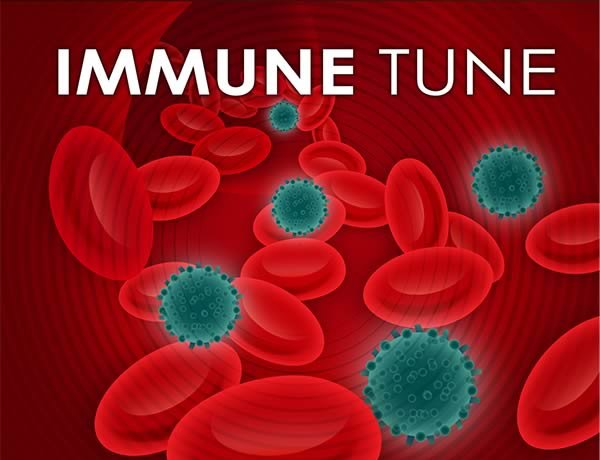 Hypnotherapy is a method of therapy that involves deeply relaxing the body and tapping into the subconscious mind with the power of hypnosis.

The basic practice of Ayurveda includes:

* Daily morning and evening routines. * Balanced meals that support our health according to the season of the year and our stage of life.* Bringing digestion into balance to support our ability to assimilate the nutrients in our food. * Supporting our natural energy levels throughout the day and promoting restful sleep. * Keeping our individual constitution in balance as the seasons change and as we move from one stage of life to another. * Giving us the opportunity to experience optimal health in all areas of our life.

Ayurveda is the oldest holistic health system in the world. With a long personal journey and self-study I bring these 5000-year-old teachings on healing the spirit, mind and body and make them applicable for everyone.